How To Identify Compressor Terminals

We know that compressor have three terminals and in these terminals one is called (Start terminal) 2nd called (Run terminal) and 3rd called (Common terminal). But you don’t know that which one is start, run and common.
E.g : If you have refrigerator or Air conditioner compressor and you want to identify the terminals then follow the below method.

First of all gave name to the terminals, for example you gave name to terminals A,B,C. Then set multimeter on Ohm. Put leds of multimeter and test the A and B terminal, then check the A and C terminals and then B and C. You will find high resistance between two terminals. For example you Find 50 resistance between A and B terminals (A-50-B), it’s means that these terminals are start and run and the 3rd one is common. So you find out the common terminal and now you want to identify the start and run terminal. 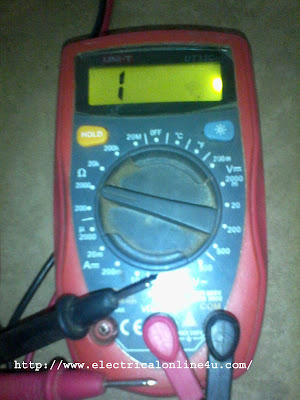 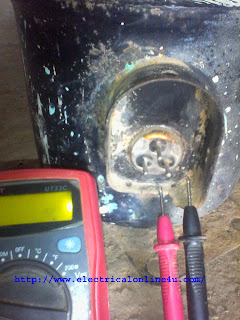 I hope now you completely understood and you can easily identify compressor terminals, now if you have any question regarding this article then you can write your massage in below comments section.

What is Refrigeration? How Coldness made in Ref System?

24 thoughts on “How To Identify Refrigerator Compressor Terminals”